I owe you (and by 'you' I'm aware that I mean 'me') an update on the I Can't Believe It's Not A Cyberdeck build. Everything has slowed down due to... lots. But things trickle along.

I accidentally broke the display. I hooked up a connector the wrong way around and it made things bad. Once I'd realised it was hooked up wrong and I flipped it around, the screen was still working but incredibly dim, and the constant current driver for the backlight was making a really nasty whine.

Without knowing what single part was fritzed it was going to be hard to figure out the point of failure (apart from me obviously). The backlight driver board was showing an 18V output which seemed reasonable, so maybe the display board was messing up the PWM output... or the backlight itself was destroyed by my mishandling? Well, I'd actually been considering getting another of these display kits so I took this as a sign to get one now, so that I could compare the two and identify the broken part.

The kit came, and the firmware was different to what I had already. It also didn't want to sync up with the ZX Uno's VGA output with this firmware. Fail. For HDMI it's fine, so it'll get used for just that. But, it turned out that the constant current driver was the part that had been killed, and I managed to find a replacement for cheap. So that's back on.

I made a power board, so that I can swap between 12V input and USB powerbank. It relies on a DPDT switch which means it's not seamless going from one to the other, but I might try adding a supercapacitor to retain charge for the fraction of a second where there's no power connected.

Really not much else right now

Before the world started falling apart I was already busy with work. I've 3D printed some mounts for various PCBs while I nudge them into shape on the plywood base and I'll finesse them and add something to connect them together other than the PCBs screwed on top of them.

I'll crack on slowly and try and get something worth showing off again soon. 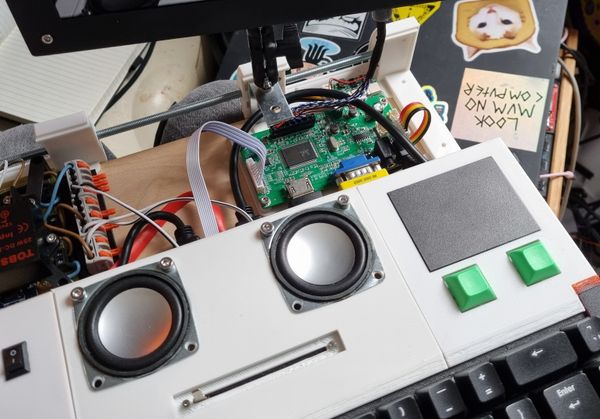 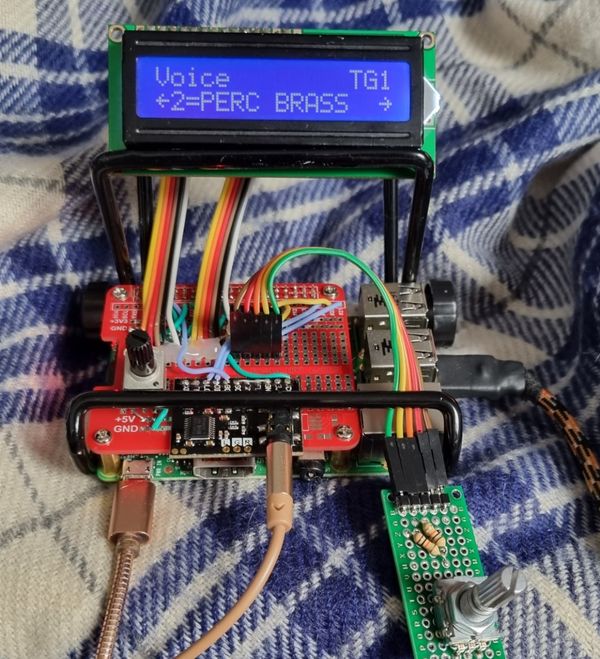