It's been a slow couple of weeks on the Cyberdeck thanks to reasons, but I feel like I should try and get a fortnightly update.

"Cyberdeck" is probably not the right thing to call whatever it is I'm making. In my head a Cyberdeck is a much more definitely portable device and this thing will be sorta kinda portable but at the same time something that you'd probably not be moving on the go. More like a luggable computer of yore.

In modern circles a Cyberdeck is removed somewhat from what William Gibson was writing about, but at the end of the day they're fantasy computers made real. 35 years ago Sinclair User magazine had a feature on a fantasy computer, the Sinclair Loki. It was pure fiction, and their feature's illustration (at the top of this post) was little more than a drawing of an Amstrad CPC 464 with a Sinclair logo and a 128K Spectrum's heatsink on the side, but the name and idea has been rattling around my head since I was 11 and read about it (and naively thought it could be A Thing one day).

Well, my logo is obviously inspired by the Sinclair logo and my computer build is a fantasy one, so I'm pinching the name. (How mischievous!)  Henceforth, the computer thing I'm building will be the Loki.

Whilst having a mooch through the Keyboard Builders' Digest blog (as I do from time to time) I found a link to the IBM Scamp, and holy crap it's glorious. I'm not going to get close to that, but in terms of inspiration it's fantastic for me to keep in mind.

I'd been planning on building in a trackpad, primarily for the modern element of the computer, and had salvaged the one from the Pi-top I scrapped. I imagine I'll keep it, but a new challenger has approached the arena - these (presumably New Old Stock) trackball modules.

Having researched a bit, these Logitech-built devices are subassemblies that were built into the keyboards by the likes of Compaq for use with server cabinets. They use PS/2 - so I could feasibly use one with the Spectrum side of the build - but work perfectly with PS/2-to-USB converters for those of us in the 21st Century as well.

Given these modules are really cheap - I've got a couple on the way from China together with a USB adaptor for £8 - I've got to try one.

I've not done much in the way of building for this project, but part of that was because I've been tinkering with my printer. I've now got a dual Z axis kit installed and I'll be installing a new duct for the hotend soon.

The dual Z axis setup uses the one stepper motor to drive two lead screws via this belt across the top. It works really well - setting it up was pretty straightforward, the most difficult part was getting the X axis squared to the printer frame, but some blocks made of the most precisely engineered injection-moulded pieces I had to hand helped with that (thank you, Lego, for your incredibly high tolerance).

The upcoming duct is the very popular Hero Me Gen5 which provides better part-cooling than the stock setup (or my custom setup, which is using the stock fan still). I know it's going to take me a while to do though, because there's going to be wire splicing for the replacement maglev fan, and I'm not in the mood right now.

My Latte Panda - the Windows 10 single board computer - doesn't like my screen at all. Just won't work with it, I think due to refresh rates or something. As such, I'm probably going to have to let that slip from the triple-headed beast I was hoping for.

I know nobody is reading this except for me, and I don't care 😋 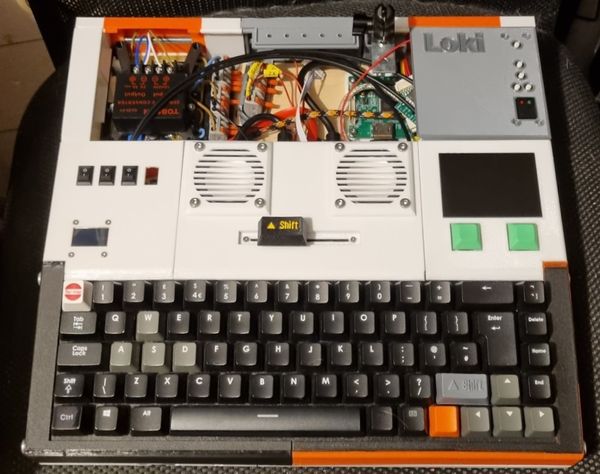